What a week (and a bit) for poetry we have just had!

For me, it started last Monday at the launch for Tom Sastry’s new collection, A Man’s House Catches Fire, from Nine Arches Press – pictured are all the other poets from the press (past, present and future!) who attended, with their editor, Jane Commane. 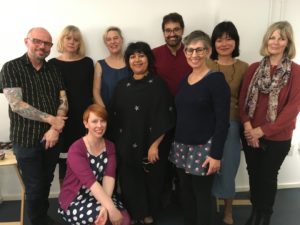 News about the Booker Prize came just after the event finished and I was delighted to hear that Bernadine Evaristo was one of the winners. If you don’t know much about her and wonder why a novelist fits in a poetry round up, it’s not just because she is also a poet. Bernadine has done so much to create opportunities for many artists, including poets, especially people of colour. She founded The Complete Works, a mentoring programme for  poets of colour that saw thirty poets mentored by many of Britain’s leading poets. Most of them have now published critically acclaimed books and won numerous awards and honours. She also brought Kwame Dawes from the USA to teach here in the UK. Two poets who attended were Malika Booker and Roger Robinson and this led to them founding Malika’s Poetry Kitchen, the collective which I have been Director of for 9 years. 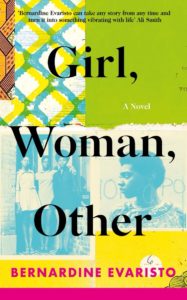 On Wednesday I was at the launch of Gillie Robic’s second collection from Live Canon, Lightfalls, but was too ill on Thursday to attend the #3 Vanguard Anthology and read my poem, In Grams Corner I Am God. However, I was cheered to see the aforementioned Roger Robinson on the TS Eliot Prize shortlist which was announced that morning, along with two other Stablemates, Fiona Benson and Deryn Rees-Jones, and seven other fantastic poets. 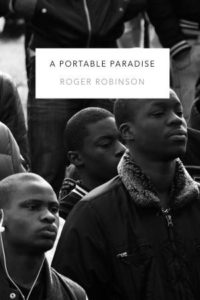 The Forward Prizes were awarded in the Queen Elizabeth Hall on Sunday evening. Luckily I was well enough to go and enjoy the fantastic readings (and the afterparty). 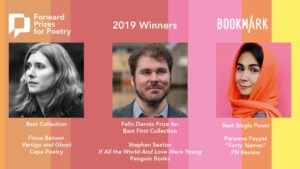 I was honoured to be invited to join the Carcanet at 50 celebrations on Tuesday evening at Tate Modern. Despite the weird lighting in the gallery, I enjoyed a glass of wine, cheese straws and the company of many fine poets, including one of the people who got me started on this road, Jane Draycott, whose Saturday Sessions at Poetry School I attended from 2007 – 2012. There was no cake but, like all the best parties, we were given a take-home bag – mine contained the New and Selected poems of the late Elaine Feinstein. I had the joy of sitting next to her on the train all the way back to London from StAnza a couple of years ago and I was delighted to receive this book. 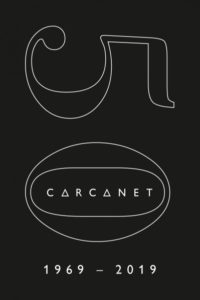 Coming up in the next week: Will Harris’s class at the Southbank Centre tonight, Bad Betty Shots launch tomorrow, Malika’s Poetry Kitchen session with Kendel Hippolyte from St Lucia on Friday, The Autumn Shuffle at the Poetry Café on Saturday, Finished Creatures Issue 2 launch on Monday and Ringside on Wednesday. I’ll need another rest after all that!